The Iron Crown Trail Run takes place in Heanertsburg, Limpopo and is hosted by the Haenertsburg Rotary Club. There is a 5, 10 and 21 km run.

We drove thru' from Joburg on Friday afternoon and it took a little over 4 hours to cover the 360km.
We checked into our room at The Pennefather, our self catering accommodation for the weekend. It is located on the main street and a short walk from the race registration and the start of the race. It consists of 6 double rooms and we had booked them all.

Registration was quick and easy for those of us that had pre-entered online and for those in our party who were entering for the 10km. We were even given 2 age category stickers to wear on our vests. They did have a requirement that we needed to show that we had a road running license or buy a temporary license.

A quick walk thru' 'town' and we were at the Iron Crown Pub & Bistro for dinner and drinks.  Tasty homemade burgers, friendly service and a festive atmosphere.
We woke up to a cold Saturday morning and got dressed appropriately. I wore a thermal top under my club vest, an over top and a fleece sweater on top. Leggings and my Loopy wrap skirt, gloves, socks and shoes (we were advised that the terrain wasn't good for sandals), and a buff around my neck and one around my head. But, by the time we had walked to the start, we had warmed up nicely in the sun and most of us discarded at least one layer of clothing.

The race started promptly at 7:30 after a short race briefing describing what fauna and flora we could see out on course and a description of the coloured race markers we would need to follow. Francis and I started the run together and kept a comfortable pace on the jeep track. The climb starts immediately and is steady up to the first watering poing. It lets up a couple of times thereafter with a couple of fast and steep downhills before another climb to the second water point at around 6.5km. Then the single track starts and the climbing is steep, 500 metres of elevation in under 5km. Francis moved ahead of me while i was stopping to catch my breath take pictures and enjoy the view. The single track goes thru' rocky patches, dry grass patches and slippery sand patches, all of which had me watching my feet. I was about half way the first hill when the top 3 finishers came rushing down past us. We stepped off the pathway to give them the track and we were all in awe at the speed at which they were motoring down the hill. There was a big time gap between them and the rest of the field.  I was quite near the back of the field so in my total ascent, I counted just under 50 runners going in the opposite direction to me. I only gave way to about half of them as further up the hills, we were running on wider paths.
I struggled the last 500m to the summit. It felt the steepest and the longest of all the climbs and everybody coming down was running down and saying not far now. I knew it wasn't far because i had been watching the radio beacon the whole time but I also knew that not far could still take me 10 minutes. In reality, checking my Garmin report, the last 600m of distance was a 100m climb and it took me a little over 11 minutes to complete.

I will thrilled to cross the timing mat and then immediately disheartened when told I still had further to go to the turn around point. I walked to the bakkie to be greeted by one very cold but friendly marshall offering a drink of Old Brown Sherry. (There were two marshalls but only one of them was cold). I happily climbed to the radio beacon, officially the highest point in the Limpopo Province and took a couple of pictures. I drank cold water and no sherry. (Up until this point I was feeling very nauseous and had been stopping every now and again to retch. I don't think it had anything to do with the burgers or beer the night before). I even started drinking Powerade in the hope that something in there would help me feel better.
But, I certainly started feeling better when my legs were carrying me downhill and I could do a little running. I am not very brave running down hill trails but I try run when I can. I hooked up with Agnes and we ran down to the end of the single track together. It was good to have some company. What took me 1:05 hours going up, took me under 45 minutes to come down.
This race is very well marked, marshaled and catered for. What race have you done where there is a table cloth and flowers on the water table?
In the last 7km I ran a bit with a couple of girls from Pretoria and a local man as well as Agnes. But I could smell the finish and ran off on my own. The last bit of the run, going into town is serious downhill and quite slippery before turning right and running to the finish field. I was not the last of my group of friends to finish - Shawn, Paula and Bernie went to great pains to make sure that they were the last. Ian finished well in 3:09 with Judy who won R300 for being the first Masters Lady (the importance of age category tags cannot be underestimated). Francis also had a comfortable finish ahead of me and had ordered the pancakes already!
We had a celebratory drink at the pub, a cocktail at the Holistic Fair in town, followed by a great braai in The Pennefather driveway. 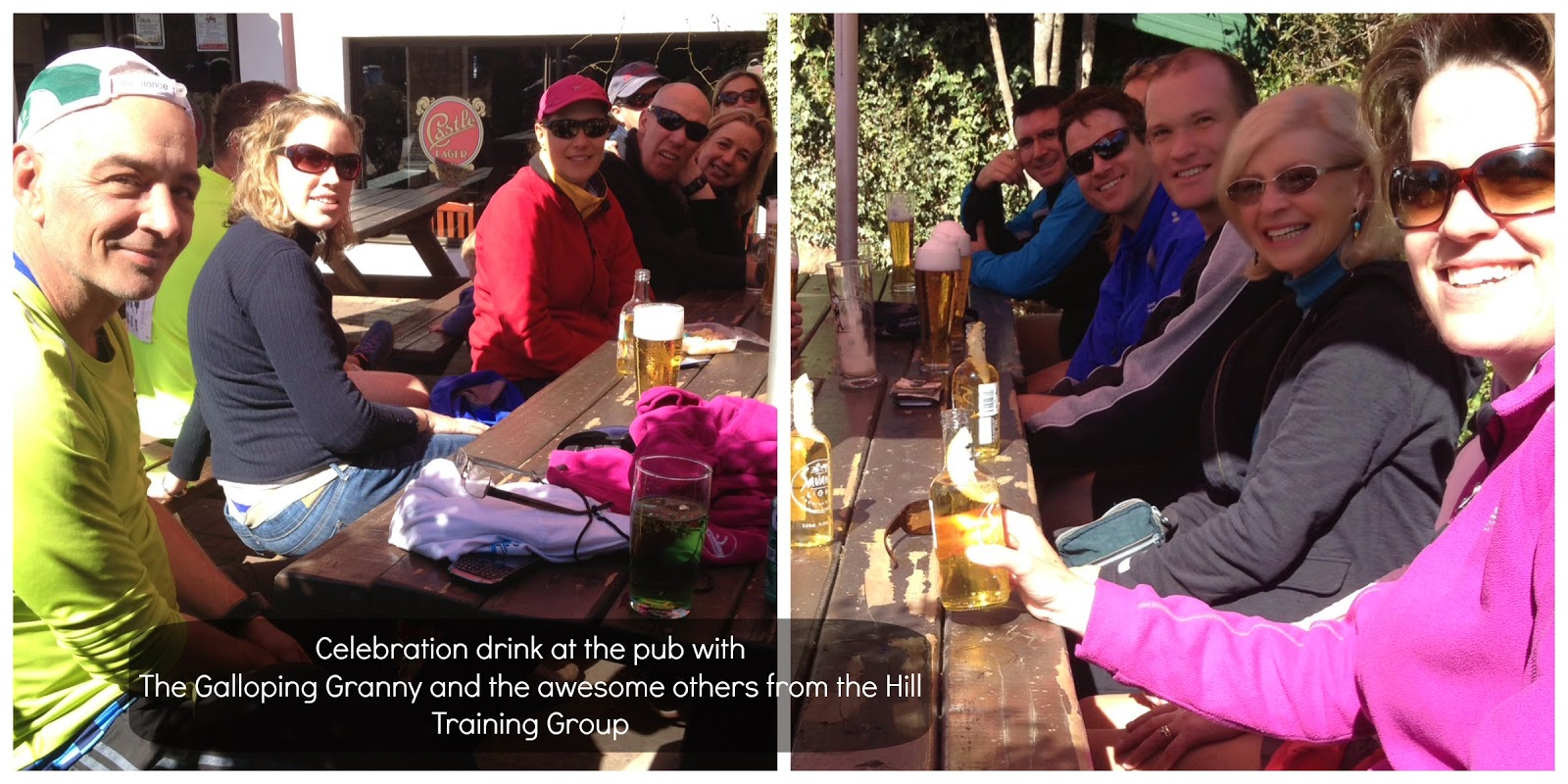 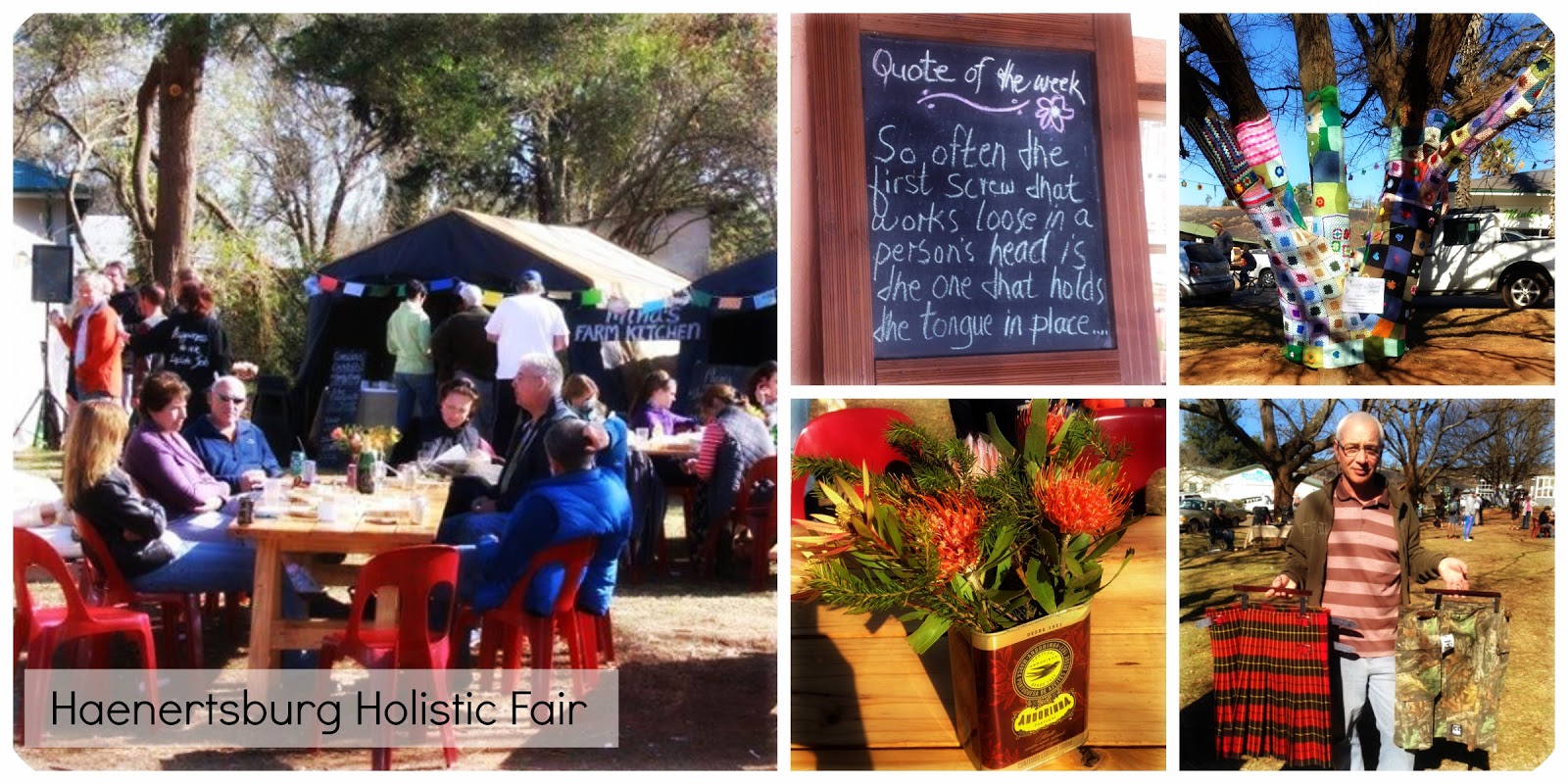 I can't recommend this run, and a weekend away, enough. I rate it 10/10 for an event and it is the friendliest race that I have ever run. 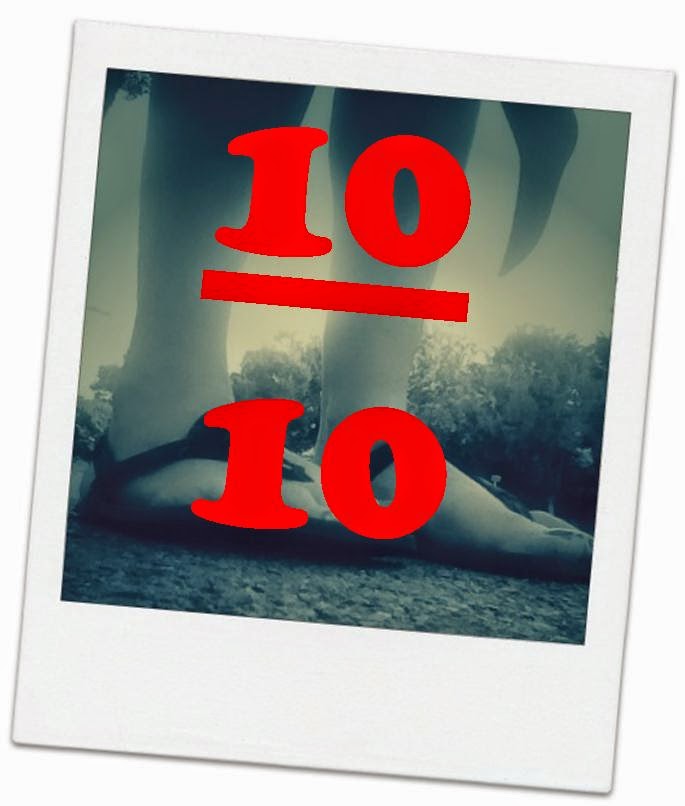 I am not only reading I am sharing too if you don't mind. I own and manage the Haenertsburg Magoebaskloof 'The Mountain' facebook page and am thrilled when I discover that people love our village and festivals.....please come back again in a hurry....sandals, barefoo,t on a bike or just to enjoy our restaurants and scenery...

WOW! Thanks for 10/10 :)
Please may we refer people freely to your post? It is the best advertisement we can have for the race! Jack Holloway President, Haenertsburg Rotary Club

I am proud to be a Xero Shoes affiliate and may receive compensation for referring the brand.